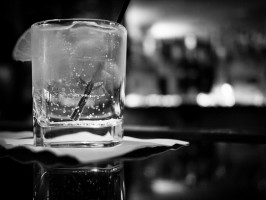 Finasteride is a synthetic drug for the treatment of male pattern hair loss (MPHL) and an enlarged prostate. The side effects of finasteride for treatment of these two conditions can include increased rates of sexual dysfunction, such as low libido and erectile dysfunction; in fact, some men who have discontinued the medication continue to experience persistent sexual side effects. Building on the discovery that finasteride has also been shown to reduce alcohol intake and suppress alcohol preference in mice, a new study has found that a majority of men with finasteride-related sexual side effects noticed a decrease in their alcohol consumption.

Results will be published in the November 2013 issue of Alcoholism: Clinical & Experimental Research and are currently available at Early View.

“Finasteride is a synthetic medication used to treat enlarged prostates in older men,” explained Michael S. Irwig, assistant professor of medicine at The George Washington University and sole author of the study. “It is also used by younger men for male pattern baldness. In younger men with male pattern baldness, [less than] five percent have developed sexual side effects. Finasteride has not been used for alcohol reduction in humans; our study is among the first to look at its effects on drinking in humans.”

“Finasteride is a 5α-reductase inhibitor that blocks the production of a variety of cholesterol-derived hormones and modulators, including certain androgens and other steroids that are active in both the body and brain,” explained Chuck Zorumski, the Samuel B. Guze Professor and head of psychiatry at Washington University School of Medicine. “Neuroactive steroids like allopregnanolone help to regulate brain networks involved in emotion, motivation, and cognition. There is considerable interest in whether these neurosteroids contribute to psychiatric illnesses. Alcohol is known to augment the production of neurosteroids like allopregnanolone in animals, and these steroids are thought to contribute to the sedating, intoxicating, and adverse effects of alcohol, including acute memory impairment. The present study is important because it is the first study in humans to link clinical finasteride use to changes in alcohol consumption.”

Study participants were 83 otherwise healthy men who developed persistent sexual side effects associated with the use of finasteride, despite having ceased taking the medication for at least three months. Irwig used standardized interviews to collect information regarding the participants’ medical histories, sexual function, and alcohol-consumption habits before and after their use of finasteride.

“While studying the persistent sexual side effects associated with finasteride, we observed that the majority of the men had reduced their alcohol consumption,” said Irwig. “Many of these men completely stopped drinking alcohol, as drinking would affect them differently than before taking finasteride.” More specifically, of the 63 men with persistent sexual side effects who drank at least one drink per week before using finasteride, 41 or 65 percent noticed a decrease in their drinking.

“This paper presents intriguing results that have the potential to open up an important area of clinical research,” said Zorumski. “For several years, Dr. Irwig has been following a cohort of younger adult men in good general health who developed persistent sexual side effects following treatment with finasteride for MPHL. As reported previously, a significant number of these men developed psychiatric symptoms, including depression and suicidal ideation. Importantly, the psychiatric symptoms appearto have occurred following treatment with finasteride and, in this highly selected group, lasted for an extended period following discontinuation of finasteride. The present study reported significantly diminished alcohol consumption following finasteride — with 18 of the 63 men becoming abstinent. The men reported that they had more problems tolerating alcohol following finasteride treatment, including increased anxiety, tiredness, dizziness, intoxication with fewer drinks, and less euphoria.”

Due to his study’s preliminary nature, Irwig cautioned against rushing to prescribe finasteride for the reduction of drinking. “It is unknown whether finasteride could suppress drinking in otherwise healthy men,” he said. “I hope that this study will generate more research on the effects of finasteride in humans as it relates to alcohol.”

“This study shows the importance of neurosteroids — hormones in the brain — as they relate to drinking patterns in humans,” said Irwig.

“Until more systematic studies are done, clinicians should be alert to problems and side effects associated with the use of alcohol in patients treated with finasteride,” added Zorumski. “The findings should spur further studies both in humans and animals to determine the role of neurosteroids in a variety of neuropsychiatric disorders, including alcoholism, depression, and anxiety. For example, it will be important to examine whether finasteride enhances the toxicity of ethanol. However, results from Dr. Irwig’s cohort and previous animal studies raise intriguing possibilities about developing finasteride-type drugs for the treatment of alcohol abuse.”