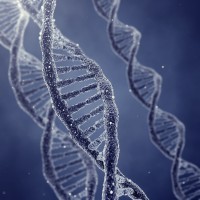 Bacteria chatter among themselves. A chemical signaling system called quorum sensing allows those single-celled bugs to detect when their numbers have multiplied enough to mount an effective attack or emit glowing light. Yet decades after scientists learned about this brainless bacterial coordination a research team has uncovered new evidence suggesting animal cells may speak the same lingo.

These new hints were revealed through an unexpected approach—plucking hairs. When a researcher at the University of Southern California and his colleagues plucked 200 hairs from mice in a specific pattern in a confined area—ensuring that many neighboring hairs were pulled—more than 1,000 hairs grew back in their place, including some beyond the plucked region. (The mice were anesthetized so they did not feel the hairs being plucked from their bodies.) The findings are published April 9 in Cell.

Why didn’t the same number of plucked hairs grow back to replace their fallen kin? It appears that hundreds of affected hair follicles released chemical signals relaying distress. Then, once enough neighboring cells sent out similar chemical flares, sensors on the skin detected the messages and took collective action: Incredibly, those messages induced the regeneration of as much as five times the amount of replacement hair.

If quorum sensing was behind this action, as the research team suggests, it would represent some of the first evidence to date that this phenomenon occurs in animal cells. Earlier work has suggested quorum sensing may also explain how bees and ants decide on social action as a group. Other studies have indicated that bacteria and cells lining the intestine may interact with one another via this system, too. But this would be the first indication that such signaling can occur across the skin and prompt ample hair regrowth. “It’s a pretty new field, but if cells can signal to bacteria in the gut, as research has shown, you would think they could signal amongst themselves as well,” so these findings make sense, says Julia van Kessel, an assistant research scientist at Indiana University Bloomington who focuses on quorum sensing.

Of course, this hair plucking reaction does not mean that if humans start to go bald, plucking a few surrounding hairs would trigger a massive resurgence or that irritating the scalp will necessarily be the key to luscious locks, according to lead author Cheng-Ming Chuong, a professor of pathology at U.S.C. To combat something like male pattern baldness—which is fueled by genes and hormones and involves changes in the hair follicles themselves—much more study would need to take place before researchers could understand how or even if these findings can be translated into therapeutic steps.

Still, because the skin cells mounted a massive coordinated response across their population, something was clearly occurring beyond individual hair regeneration, Chuong says. Indeed, when his team plucked a specific number of hairs in a particular circular configuration, it appears that the number and pattern of the plucking events acted as a tipping point to spark that reaction.

Chuong’s team did not see a similar hair regrowth reaction when it plucked the same number of hairs spread over a larger area. If the plucking pattern exceeded six millimeters in diameter, for example, hairs did not regenerate at all—even after 30 days. Higher-density plucking from circular areas with diameters between three and five millimeters, however, triggered the regeneration of between 450 and 1,300 hairs, including ones outside of the plucked area. The team also detected elevated levels of certain chemicals that suggest the cells were “talking” amongst themselves.  “Chemical communication between mammalian cells has obviously been reported before but the novelty here is about space and crowding,” says Vanessa Sperandio, a professor of microbiology and biochemistry who focuses on quorum sensing at The University of Texas Southwestern Medical Center. “There is a relationship here with thresholds that no one has seen before,” says Sperandio, who was not involved with the study.

Those chemical signatures were present around the massive hair regeneration spots but not around areas that failed to have this massive regrowth—potential evidence of chemical signaling in quorum sensing, Chuong’s team wrote. Collectively, these clues all suggest neighbor cells’ signaling had some importance.

In bacteria it has been widely documented that communication hinges on quorum sensing. When there are only a few bacteria, they will not meet the threshold for action. But once their concentration is high—which they can sense from a greater number of signaling molecules around them—they can and will take collective action. Quorum sensing in animal cells, Chuong says, could similarly help the body decide whether to ignore small irritations or take collective action. “I think quorum sensing would help an organ respond collectively so it could deal with outside stimuli in the most effective and efficient way,” he says.

In future research Chuong hopes his team or others will uncover whether a similar communication strategy may occur in other parts of the body or even in other species—including humans. For now, his team studied hairs because it is easy to visualize regeneration and to appreciate the signaling behavior, he says. “In terms of broader significance we think quorum sensing could exist in other organ systems as well,” he adds. Van Kessel, who was not involved with this work, agrees. Although bacteria are easy to work with and have been the main focus of other quorum sensing studies in the past couple decades, “I don’t think quorum sensing is limited to bacteria. It’s just that we’ve always studied them and they are easy to manipulate,” she says. “This is definitely a new way of thinking about things.”