The pages and chat rooms were full of posts promoting eating disorders and glamorizing photos of unnaturally skinny bodies. The various pro-ana sites were scarily invested in eating disorders, and I was sadly hooked. But while trying to find myself in these sites, I noticed that others didn’t discuss doing anything outside of these chat groups. No one traveled anywhere, and travel was something that I was always interested in.

During my worst years, I would see beautiful destinations on TV and marvel at the exotic pictures in National Geographic. But I never thought I’d ever visit those places. Never could I travel to a foreign country, or hop from continent to continent. They all seemed too expensive and out of reach, especially for someone from Poland, where the currency was low. Plus, every time I mentioned my desire to travel, I got the same response from my family: “There’s no way you can travel if you have anorexia.”

I was told I wouldn’t have the energy to walk and sightsee all day. Or sit on planes for hours and eat what and when I needed to. And even though I didn’t want to believe anyone, they all had a pretty good point.

That’s when something clicked. As odd as it sounds, having people tell me I couldn’t do something actually pushed me in the right direction. I slowly started to eat regular meals. I pushed myself to get better in order to travel on my own. 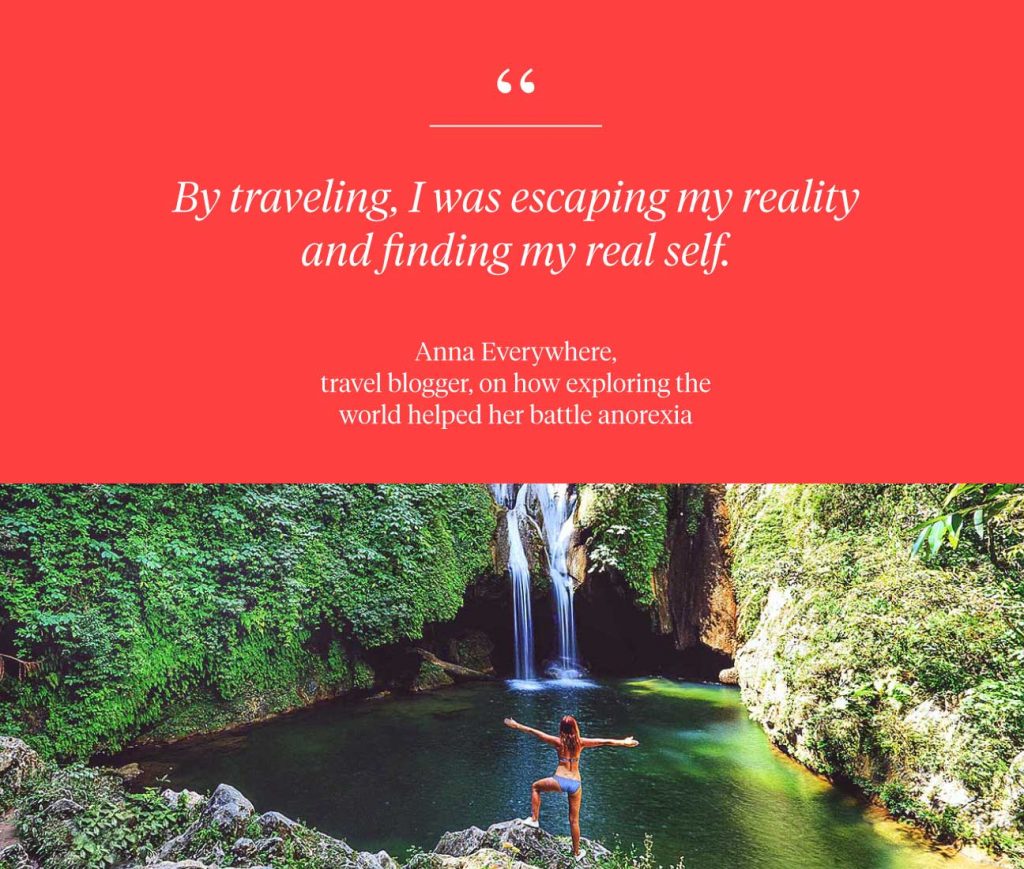 As committed as I was to living with anorexia, I was also focused on making my travel dreams happen. But in order to do this, I couldn’t be dependent on an unhealthy relationship with food. I had the motivation to explore the world and I wanted to leave my fears of eating behind. I wanted to be normal again. So I packed my bags, booked a flight to Egypt, and embarked on the adventure of a lifetime.

When we finally landed, I realized how quickly my eating routines had to change. I couldn’t just say no to the food locals were offering me, that would have been so rude. I was also really tempted to see if the local tea I was served had sugar in it, but who would want to be the traveler asking about sugar in the tea in front of everyone? Well, not me. Rather than upset others around me, I embraced different cultures and local customs, ultimately silencing my inner dialogue.