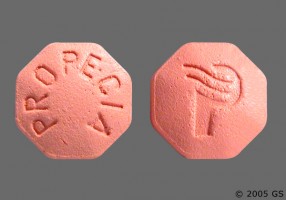 An Arkansas man filed a complaint on November 11, 2012, against Merck & Co. His lawsuit, filed in the United States’ District Court for the Eastern District of New York, is currently involved in the Propecia multi-district litigation case, which has consolidated dozens of cases involving the hair loss drug Propecia and its side effects. Like others seeking settlements from the drug maker, this plaintiff is holding Merck liable for the severe side effects he endured after taking the prescription male pattern baldness drug.

Sexual side effects claimed in suit

The plaintiff claims that he developed both cognitive impairment and sexual side effects while taking the medication, conditions which he claims persisted even after he discontinued his use of the medication. He chose to file a Propecia lawsuit with the help of a personal injury lawyer which alleged that the plaintiff suffered from significant pain and suffering as well as diminished quality of life, both as a direct result of the negligence of the defendant as well as wrongful conduct and inadequate warning.

The Food and Drug Administration approved Propecia, or finasteride, in 1997 for the treatment of male pattern baldness. Some of the sexual side effects of Propecia include reduced ejaculate volume, diminished libido, reduced sexual sensation, and erectile dysfunction. Depression and cognitive impairment have also been linked to the use of the drug.

According to the plaintiff’s lawsuit, the 43-year-old began taking the medication as prescribed by his physician in 2009, and continued to take it until 2011. He says that he didn’t have any prior knowledge of the potential complications associated with the drug.

Many patients are now seeking compensation with the help of experienced lawyers. These patients are hoping to win settlements that will help cover medical bills, lost wages, and other financial costs related to their injuries